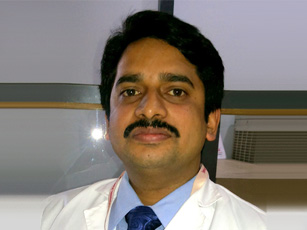 Dr. Santhosh Kumar S.N, MDS in oral and maxillofacial surgery is associated with us since 2013. He pursued graduation in dentistry in 2002. In the same year he stood 7th in Karnataka PG entrance test (KPGET). He obtained his masters degree from GDC, Bengluru in 2006. In the exam conducted by RGUHS, Bengluru, he stood 3rd in the state.

Since then, he is attached to Dr. D.Y. Patil dental college and hospital, Pimpri, Pune and presently working as associate professor in the department of oral and maxillofacial surgery. In 2008, he was deputed in the Gujarat cleft and craniofacial research institute (GCCRI), Ahmedabad to pursue fellowship in cleft lip and palate surgery for a year.

Presently, he is a consultant in Aundh institute of medical science (AIMS), Aundh, Pune. He is also panel consultant in Ruby hall clinic, DP road, Pune and Jehangir hospital, Pune.

He has 9 publications in various international, national and state journals.

He has attended 33 international, national and state conferences in various parts of India. He has read 3 papers and presented 4 posters in various speciality conferences. He has chaired couple of sessions of free papers in 1st Asian oral and maxillofacial surgeons association PG convention. He was also organizing secretary for couple of conferences.

He is fluent with various languages such as, English, Marathi, Kannada, Telugu, Tamil and Hindi.

He is also the first surgeon to place zygomatic implant in Pune (Nobel Biocare).

As a social responsibility, he has organized and participated in various screening and treatment camps. He has also operated cleft lip and palate children in lifeline express, in Udaipur, Rajasthan.